Upgrade of a double flower effect to DMX

This dual flowereffect comes from a discotheque liquidation. At that time, the defective Sound2Light control was replaced by a simple rectifier, and thus the motors were permanently driven at full speed, which does not look very good. One thing is clear - it can't stay like this, a DMX controller is needed! 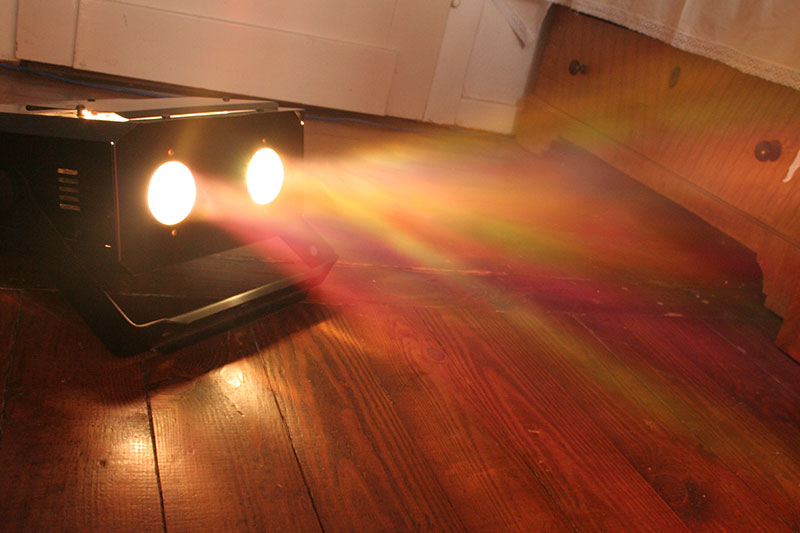 It makes sense to switch the lamps via solid state relays. Motors should be separately controllable in direction and speed. So nothing really spectacular, the sourcecode for the control can be done within a few hours by copy&paste from the existing DMX projects. 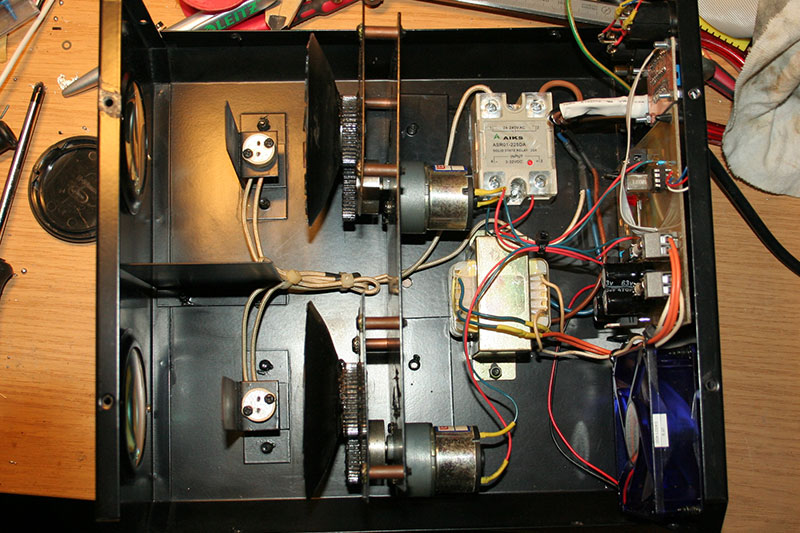 I decided to use the L293 as motor driver again. This is a double full bridge which only gets a direction signal and PWM for speed. The solid state relay was still in the tinkering box from the roller scanner conversion, and now switches 230V for both bulbs. The original transformer generates two voltages, 9 volts (-> 5V) for the logic and 12V for the motors.

The circuit is as already mentioned very simple. Here is the schematic. 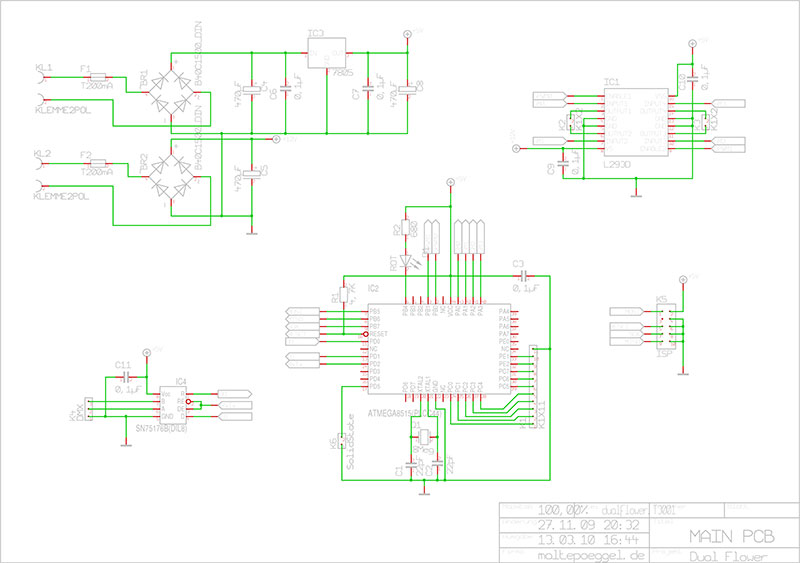 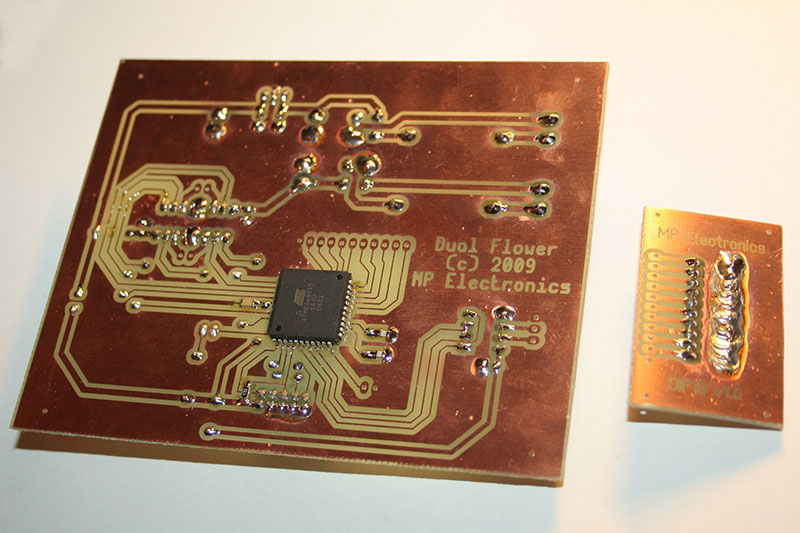 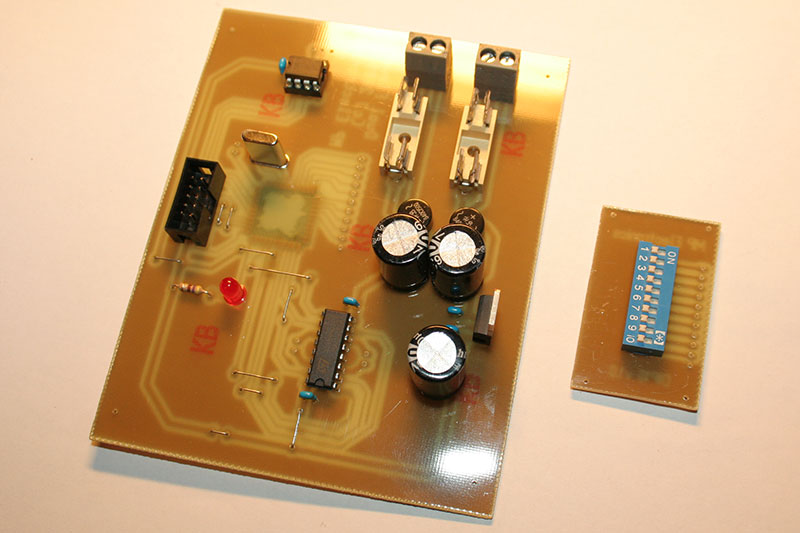 Everything is controlled by an Atmel AVR (Mega8515) as usual. I just had the SMD version in my tinkering box.

Here once again the built in controller in detail: 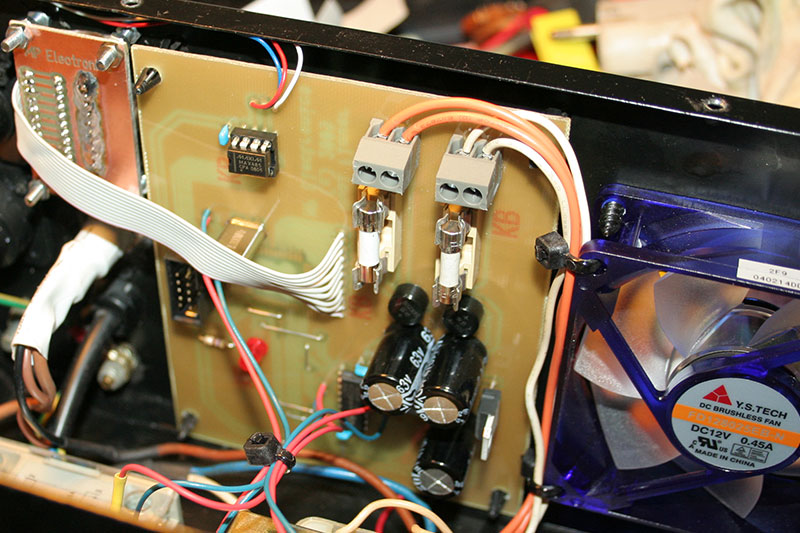 With fog, the effect really comes into its proper light: 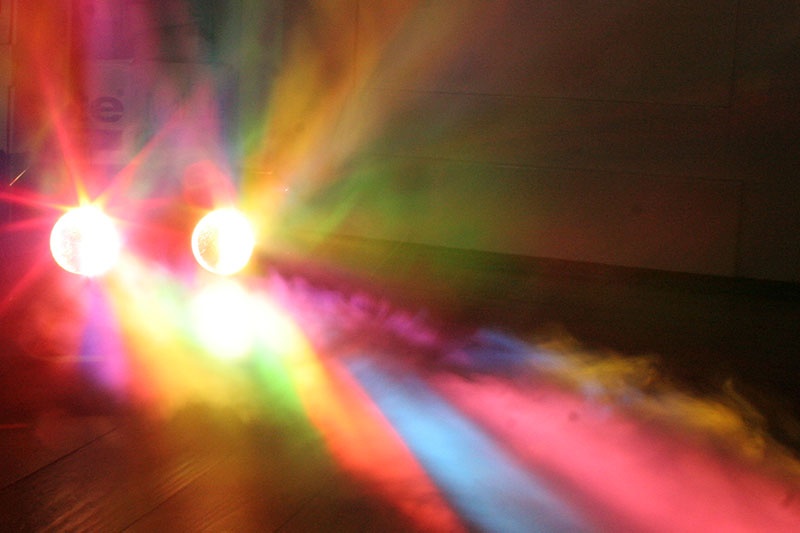 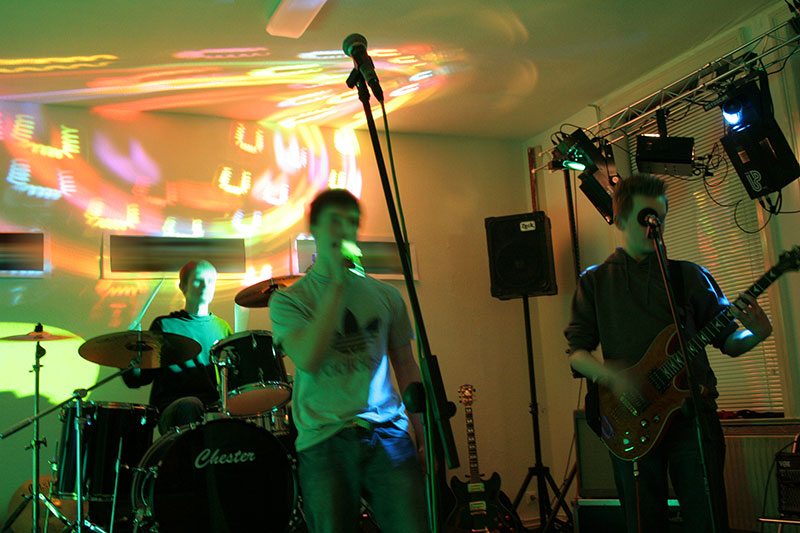 The projection of the flowereffect can be seen behind the drummer on the wall.

The software is written in C and can be compiled with the free AVR-GCC. It is GPL v3 licensed.