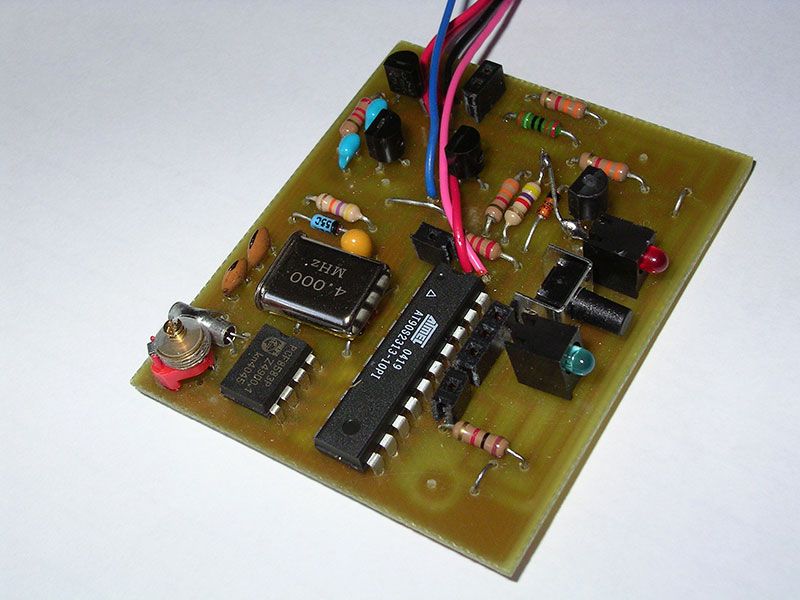 With most foxhunting transmitters it is necessary to switch on all transmitters together a certain time before. With this controller this is not necessary, because a microcontroller uses the time of a real time clock and starts the transmitter precisely at the programmed time.

Also complicated programming via dip switches is no longer necessary. All settings are sent by mouse click with the Windows software via the RS232 interface to the controller, and are stored in the EEProm of the controller.

The Real-Time-Clock (RTC) is supplied from the transmitter battery even when the unit is switched off.

The controller can be switched on and off by a simple push button. So no toggle switch can break anymore.

If the transmitter is to be used as a stand-alone practice transmitter, it is sufficient to press the on switch for half a second. The device will then transmit "MO" permanently.

For fox hunting, the control is programmed beforehand and can then be switched on at any time before the programmed start time. To do this, simply press the power button briefly.

The main part of the controller consists of an Atmel AVR-Risc microcontroller of the type AT90S2313, which is connected to a Philips PCF8583 Real Time Clock via the I2C bus. Furthermore, the controller is supplied with a 1 Hz clock by the RTC.

To enable the circuit to be switched on by a push button, it is bypassed by a transistor when released. A diode is connected in series to the pushbutton in order to be able to query its state with the controller.

The software of the controller was written with the help of the basic compiler Bascom AVR. It handles the polling of the power switch to select the mode, the polling of the Real Time Clock, the generation of Morse code and of course the monitoring of the serial port.

The programmed settings are stored in the EEProm and are retained even when the controller is switched off.

The Windows software was programmed under Borland Delphi 5. It can be used to adjust all settings and save them in the microcontroller with a mouse click.

The start day and the start time can be set. With the Set button the fox is set to system time. "Get Time" reads the current time from the controller. "Get Conf" reads the configuration and "Transfer" writes it back to the EEProm. The configuration consists of the fox ID, the send time (duration of a send), the total number of foxes and the passes. One run takes send time x number of foxes.

In the configuration the serial interface can be selected from COM1 to COM5. For data transmission between PC and controller the baud rate 9600 with 8 data bits and one stop bit is used.

To check the accuracy of the Real-Time-Clock, the program additionally offers the possibility to compare the time of the RTC with the system time in a window.

Since only the controller is to be described here, I do not want to go further into it. The construction of the suitable transmitter is left to each radio amateur.

More about this transmitter can be found at ardf.de 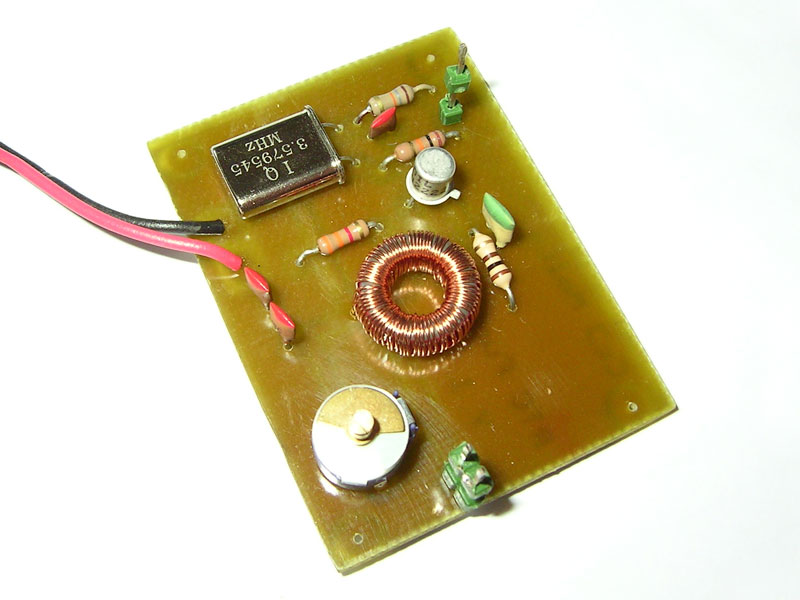 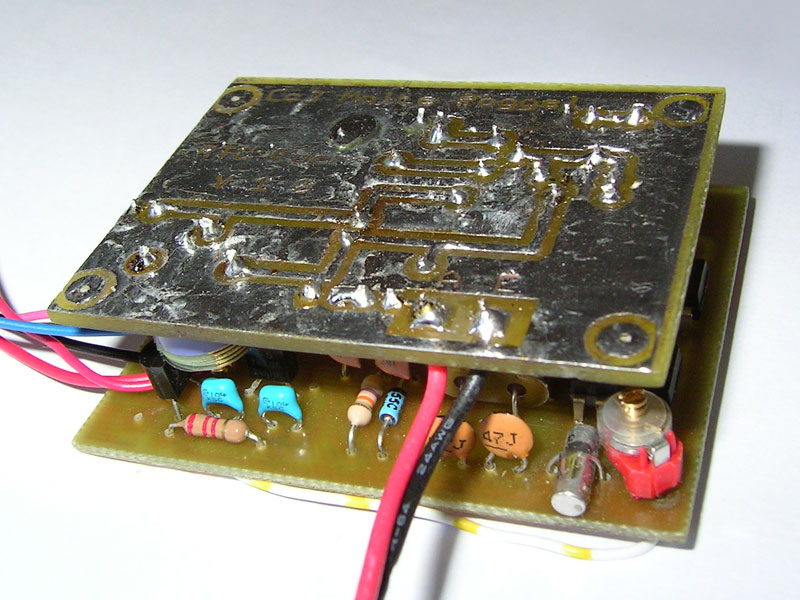