For safety reasons, I only use lithium iron phosphate (LiFePO4) batteries for my flashlights. This less common lithium technology has a slightly lower energy density than lithium manganese (LiMn) or lithium cobalt (LiCo) batteries, but cannot catch fire in case of overcharging or damage. Lithium iron phosphate batteries are therefore known as intrinsically safe.

However, LiFePO4 batteries also have a slightly different cell and charge end voltage. Instead of the usual 3.6V / 4.1V or 3.7V / 4.2V, the voltage of 3.2V / 3.6V is somewhat lower than that of other lithium-ion batteries. Overcharging LiFePO4 batteries in commercially available chargers is not dangerous, but it drastically reduces the lifetime of the cells.

For this reason, I decided to build a suitable charger myself. 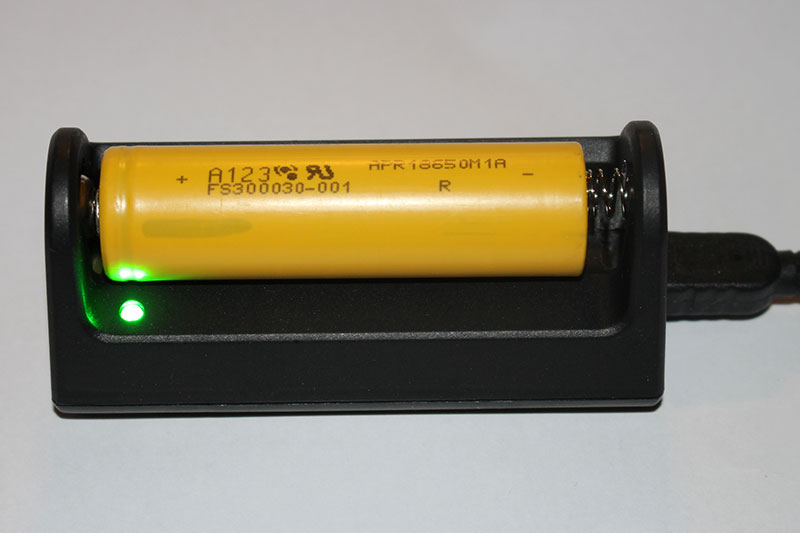 There are only a few charge controller ICs for LiFePO4 on the market. A suitable chip is the MCP73123. This controller can charge a single lithium iron phosphate cell directly from 5V. With less than 2 Euro it is also very cheap - but it is only available in the 3x3mm DFN10 package with exposed pad. A soldering challenge! 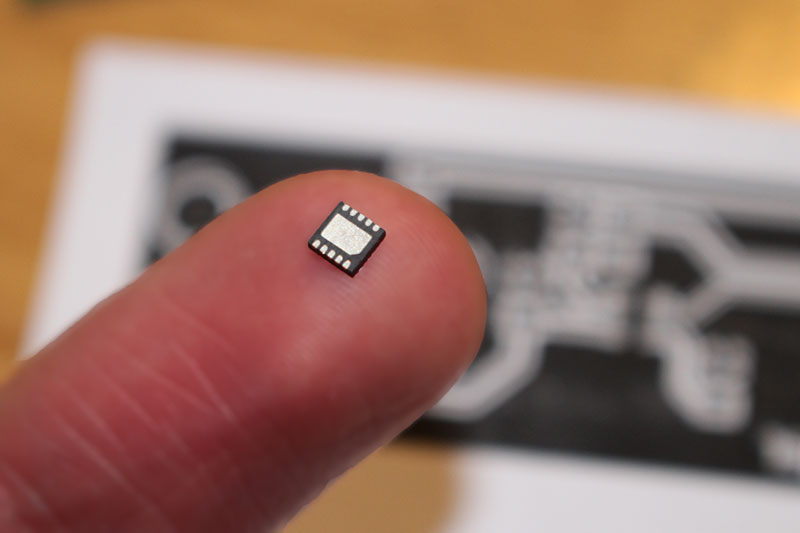 There is not much to say about the circuit. It is similar to the example in the datasheet of the MCP73123. Additionally, like in the original XTAR charging circuit, the data pins of the USB socket are set to a defined level. 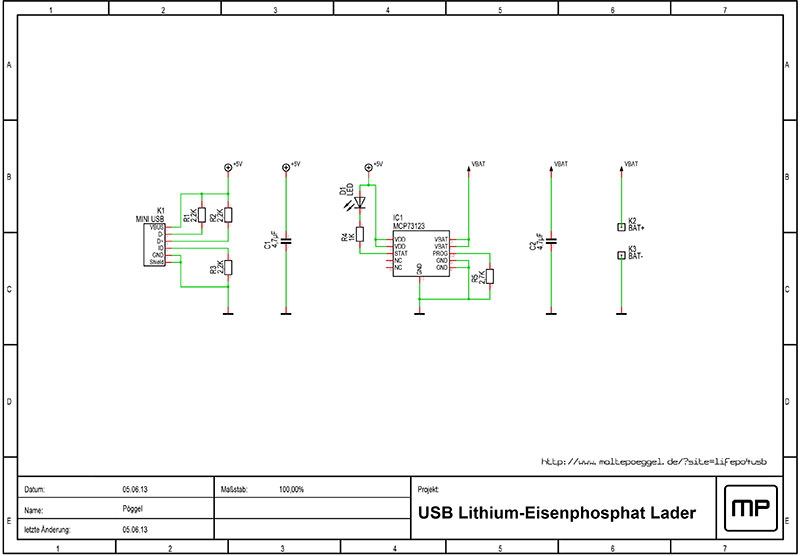 For the case I used a Xtar MP1S, a cheap single cell charger with USB connector, and thus best suited for my project. 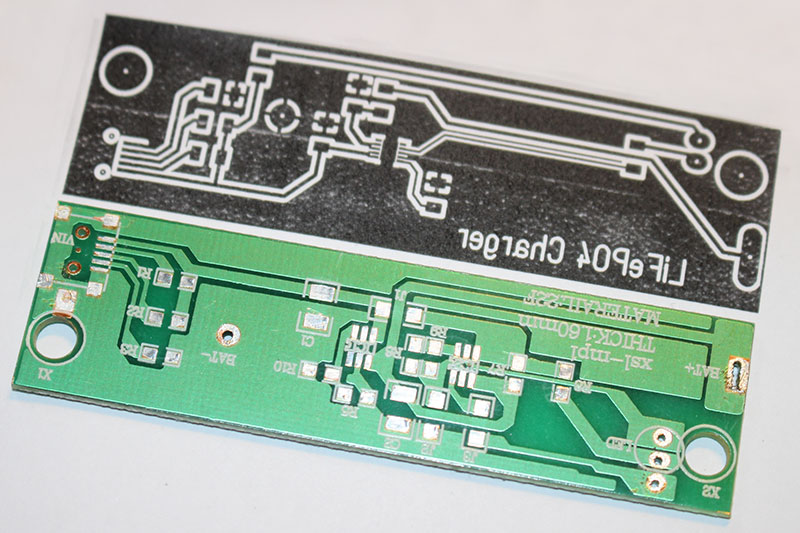 After etching the board, it gets really tricky: The charge controller has to be soldered on. Since the DFN10 EP package has no pins, a hot air soldering station is necessary. The pads on the PCB are pre-tinned (solder + solder wick) and some flux is applied. I left a little more tin on the ground plane under the exposed pad. The chip is then placed with tweezers. In addition, it is best to preheat the board a little before soldering so that the temperature does not rise too quickly. This could damage the board or IC. Here the board is already on the preheater: 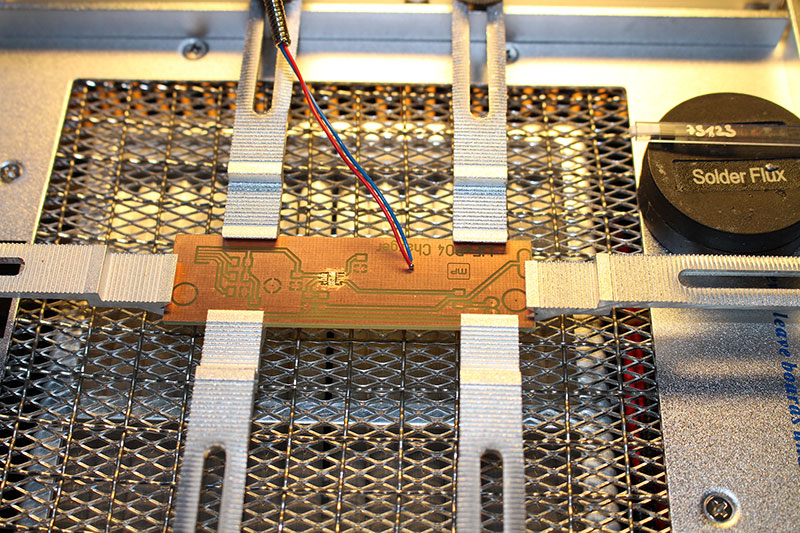 The next step is to heat the chip with the hot air soldering station. Never hold too long onto one spot and also heat the area around the IC. You can observe how the chip slowly sinks into the solder and melts. After the board cooled down, I soldered the 10 pads on the outside by hand. The remaining components were assembled by hand.

A final test with the multimeter shows: No short circuits at the IC. The circuit works right away! 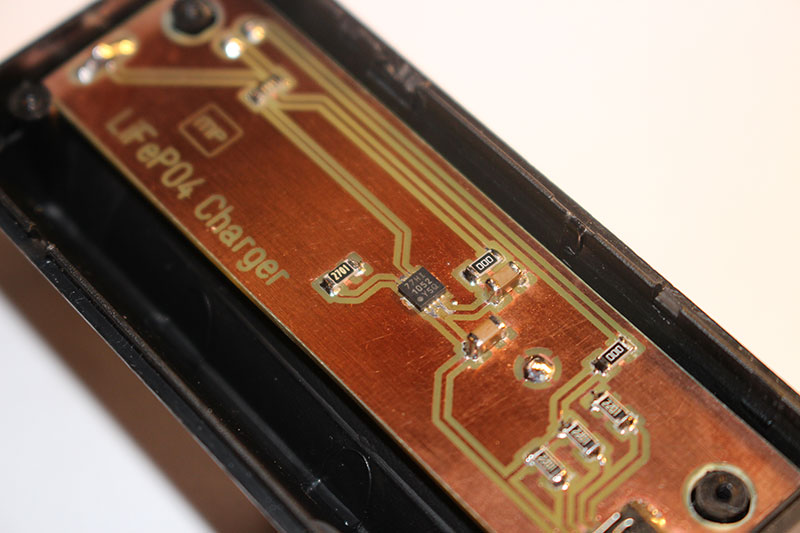 On the top side of the board there are only battery contacts and the charge control LED. 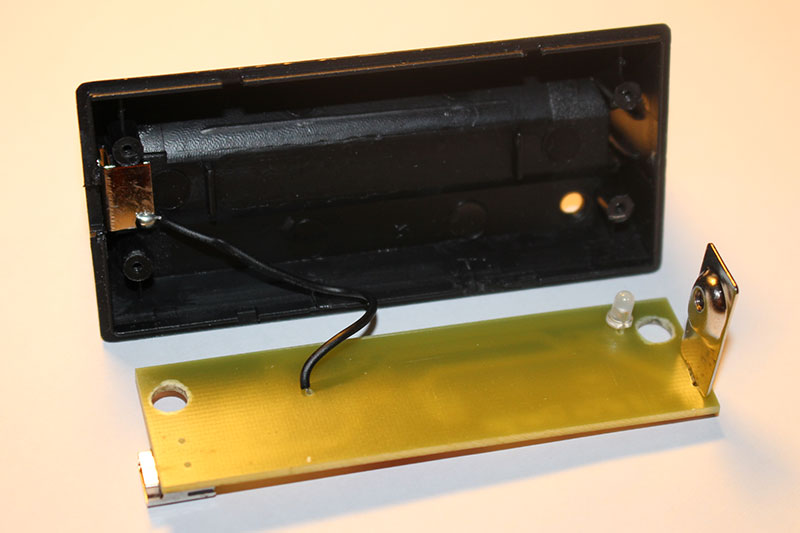 Since the MCP73123 is a linear regulator, some heat is generated during charging. To dissipate this even better, a double-sided PCB could be created with vias under the exposed pad or next to the chip. But even with a single sided board the temperature remains within the specifications.

The ready assembled board is mounted in its case. 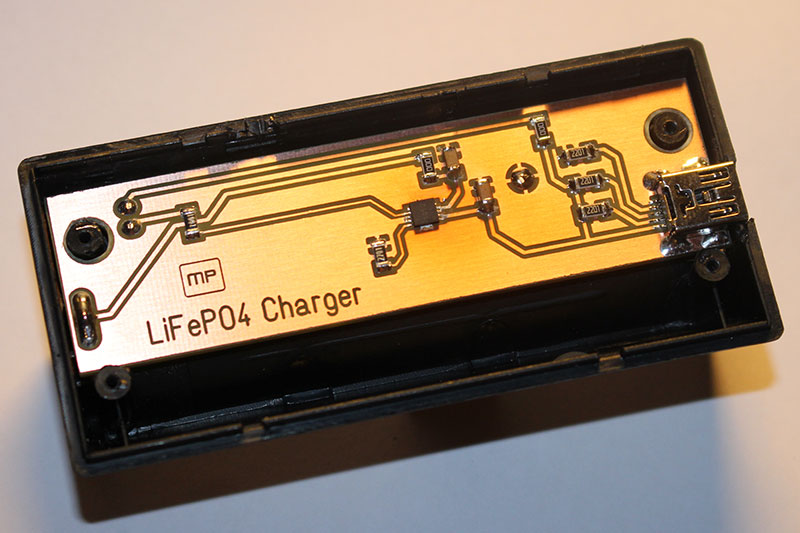 Smaller batteries can be adapted with the included spacers. 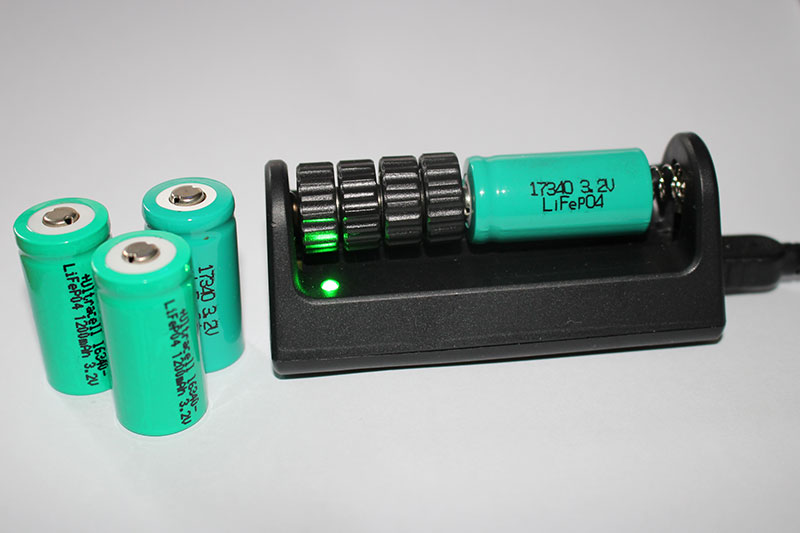