With this circuit it is possible to use batteries which are normally already used up for a long time as flashlight batteries. It is better known as "Joule Thief" and was published by Z. Kaparnik in 1999 in the journal EPE. The simple blocking oscillator consists of a coil, a resistor and a universal transistor. Two identical windings are wound on the ferrite core. One controls the base of the transistor, the other is used as a storage device to induce a voltage sufficient for the LED. 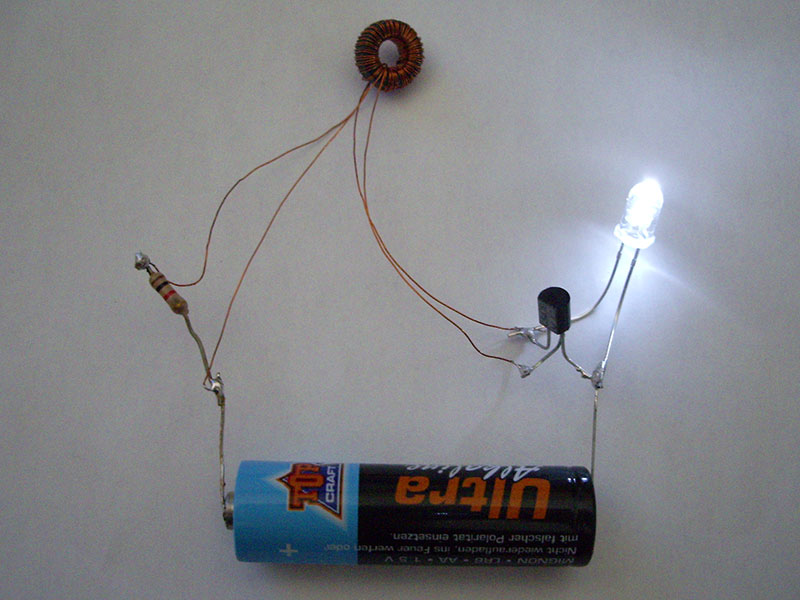 The circuit operates at 0.35...1.5 volts and produces the voltage needed for a white light emitting diode, which is well above 1.5 volts. The battery in the test only has 0.6 volts, but the LED still reaches a usable brightness.

For simplicity, I pulled out a small ferrite core from the tinkering box. The number of turns of the enameled copper wire wound on it is relatively uncritical; it should not be too few in any case to keep the current low. As a test, I simply wound the core with about 1 to 1.5 meters of wire and the circuit worked fine straight away. By the way, the easiest way is to double the wire when winding. 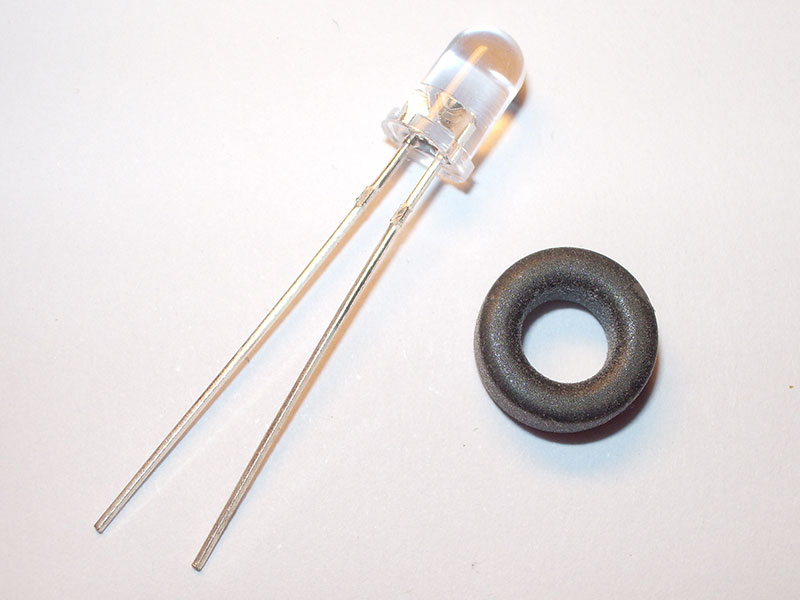 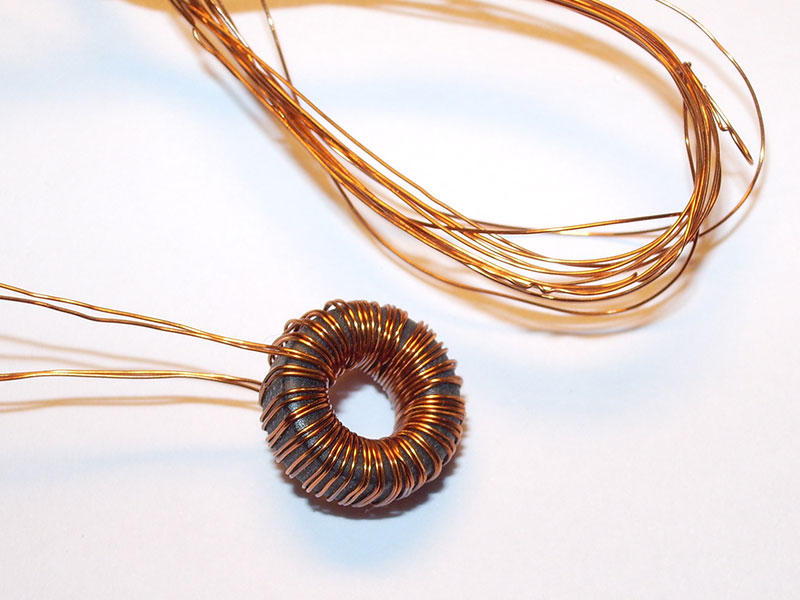 And finally here is the circuit diagram:

Version 2 as mini flashlight: (coil core is made of an old ferrite for interference suppression of flat ribbon cables) 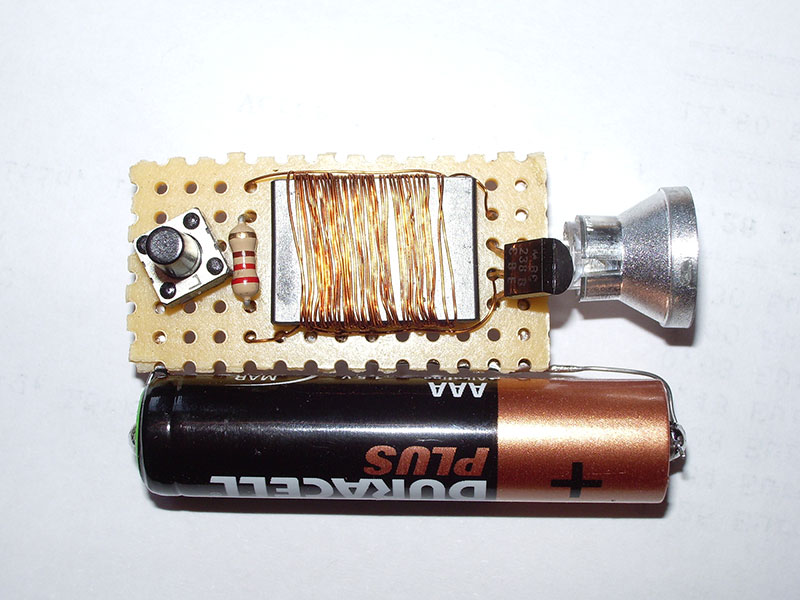 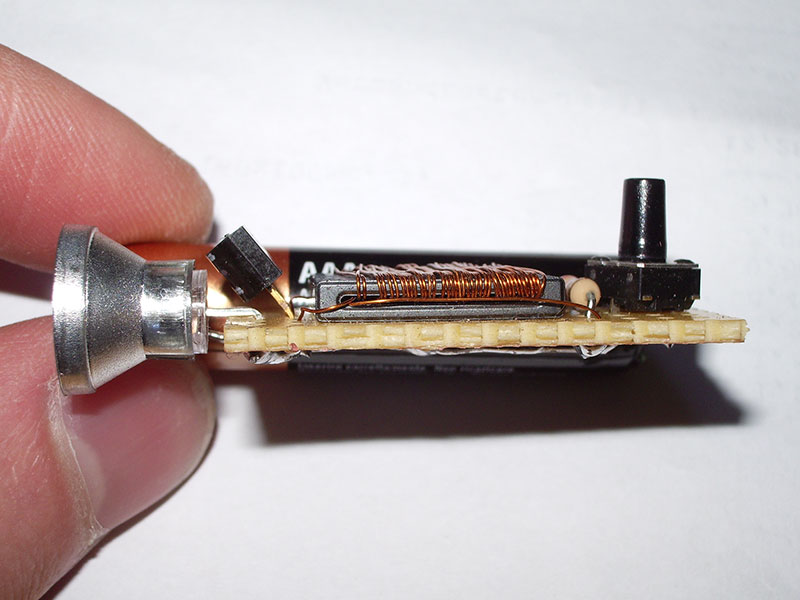 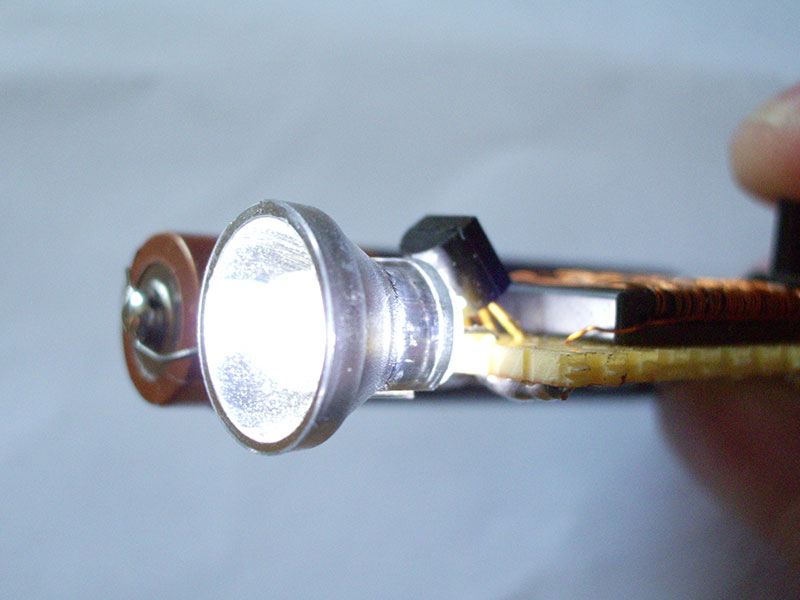 Rebuilds by visitors of my homepage 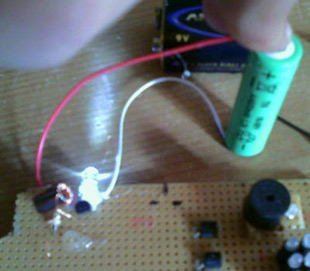 This picture was sent to me by Nicolas Jessen from Flensburg, who can now finally use his huge collection of drained batteries effectively. 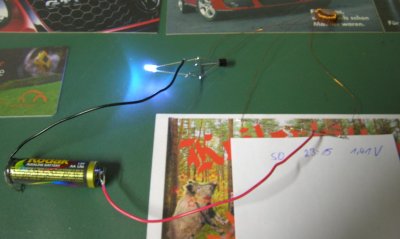 Jens from Uelzen has (after I gave him some enameled copper wire) also finished his first test setup and is testing the runtime with a fresh battery. 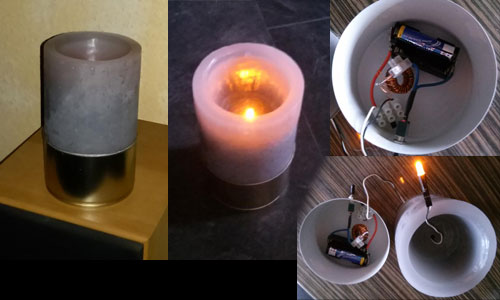 Marcel uses the circuit for a LED tea light. A great idea!