Using the USBFunk interface on OpenWRT 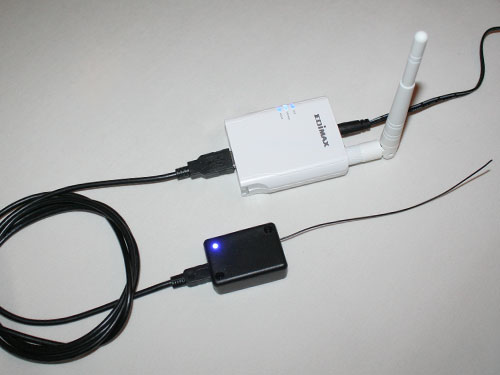 But it is not always necessary to use a whole PC for such small tasks. I would like to prove that in the simplest case also an old router with OpenWRT operating system can be used.

I don't want to go into details about the compilation process. This is well explained in the OpenWRT Wiki.

Afterwards the package selection has to be configured. We run the following command to do this:

In the menu "Utilities" USBFunk is now selectable. With the space bar the package can be selected. If there is a 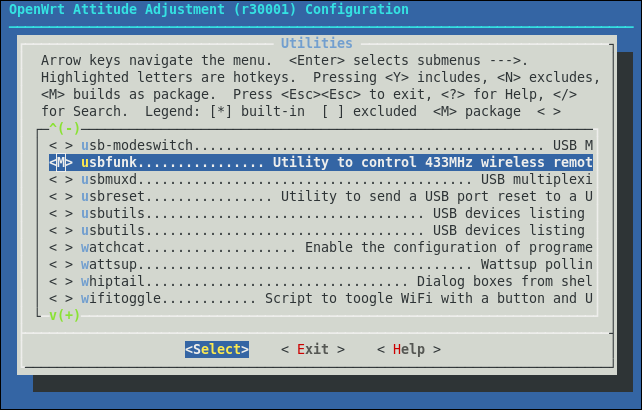 We confirm with Exit and save the configuration.

To build the single package we have to prepare the toolchain first:

Now the actual package (together with its dependencies) is built:

If you want to compile the complete system instead, you could call make without the above paths. This takes a long time and is usually not necessary. As parameter you can add -j3 (dualcore CPU) or -j5 (quadcore CPU) to speed up the build process. If something fails, the compiler messages can be printed with the switch V=s.

If there were no errors, we are back to the console at some point. The packages are located in bin/[targetarchitecture]/packages/. They can for example be copied via SFTP to the /tmp directory on the box, and installed from there using "opkg":

The CLI tool can now be started on the console of the OpenWRT device and the interface can be controlled as usual! 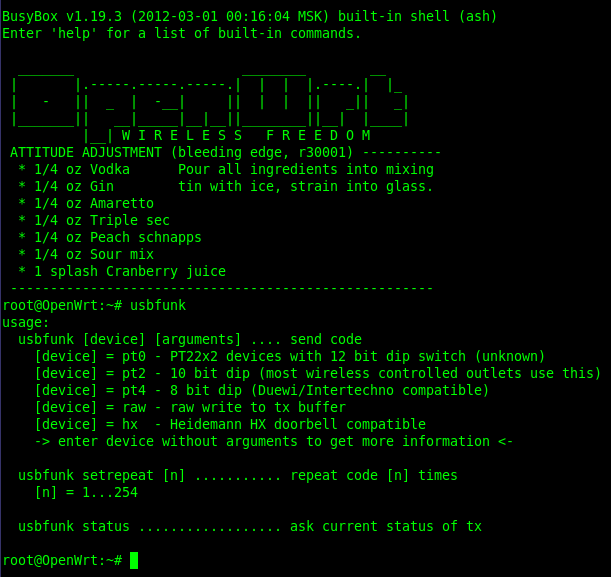