The remote-controlled bristle robot of the AATiS e.V. (AS104) 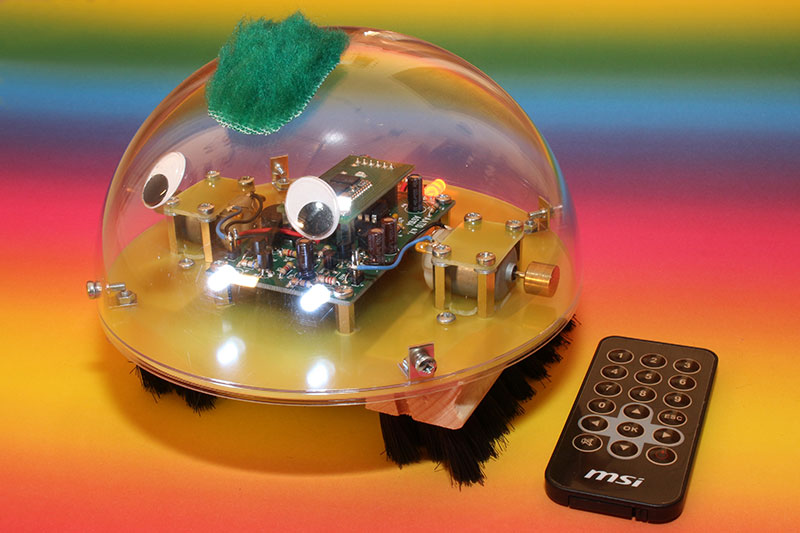 Borsti is the remote-controlled bristle robot of the Arbeitskreis Amateurfunk und Telekommunikation in der Schule e.V. (AATiS) and is ideally suited for electronics beginners as well as technology-related school lessons (STEM).

It is based on a similar design as Windell H. Oskay presented for his Bristlebot, but has been extended to two brushes to make the robot steerable.

Borsti has lights, turn signals, strobe lights and a horn and can be operated via the included infrared remote control. Optionally, a Bluetooth module can be added for control via Android app. 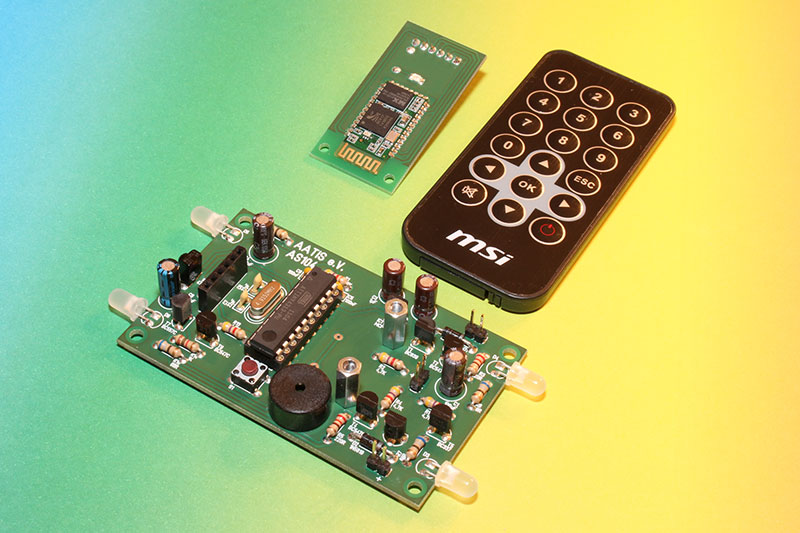 The double-sided PCB (apart from the flash, which is an SMD LED in 1206 package, and the optional Bluetooth module) is populated entirely with wired components. Infrared remote control, motors, battery holder, switches, spacer bolts, screws and washers are included in the kit, but the mechanics must be made by the user.

The kit is available from the AATiS as part number AS104, the description is published in the Praxisheft 24. In addition to the magazine article, some additional information can be found on this page.

Participants of the workshop at the AATiS national congress on March 14-16, 2014 in Goslar had the opportunity to purchase a limited mechanics set consisting of milled base plate, motor support and shim plates, brushes and angles. 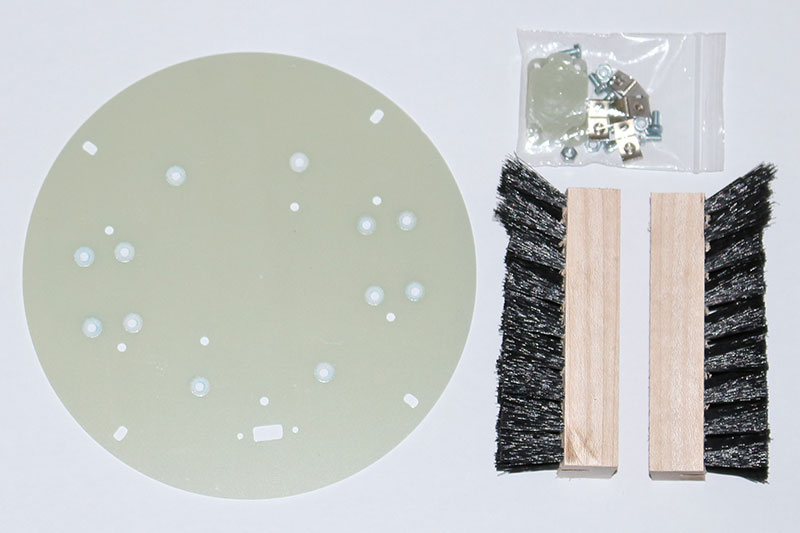 Due to the high demand, additional mechanics sets were manufactured. These cost 10 euros and can be purchased as usual from the AATiS.

The Android App can be found in the Google Play Store by searching for "Borsti Remote" or "de.maltepoeggel.borstiremote".

Alternatively, a click on the logo on the left will take you directly to Google Play. The app is of course completely free of charge!

In order for Borsti to move in an optimal straight direction, it is necessary to align and pre-drill the brushes as accurately as possible. Normally the edges of both motors close up with the mounting plate. A minor drift can be corrected by moving one motor slightly inwards. Alignment should be performed on a straight, smooth surface (tabletop, laminate, PVC). If necessary, apply a bubble level beforehand.

Note on the assembly 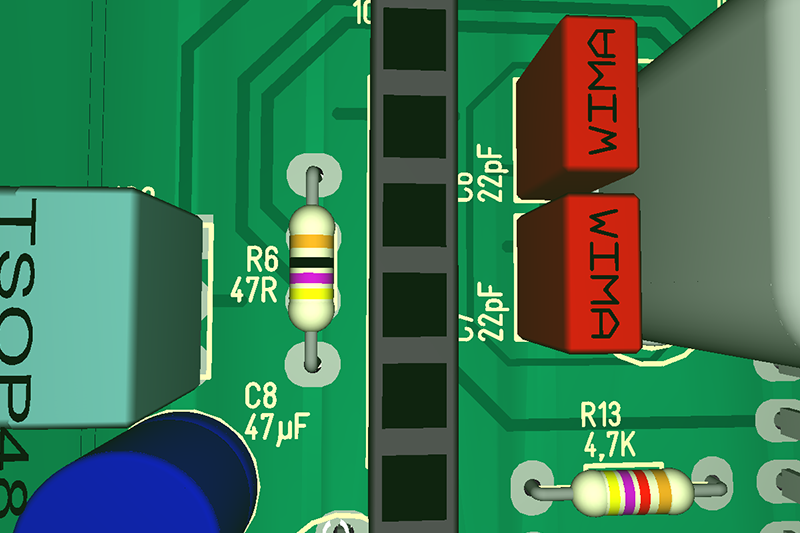 Questions came up when mounting R6 (47 Ohm). There are two vias under it, which are the same size as normal pads. This is somewhat confusing.

The connections of this resistor have to be soldered to the two outer pads as shown in the picture! 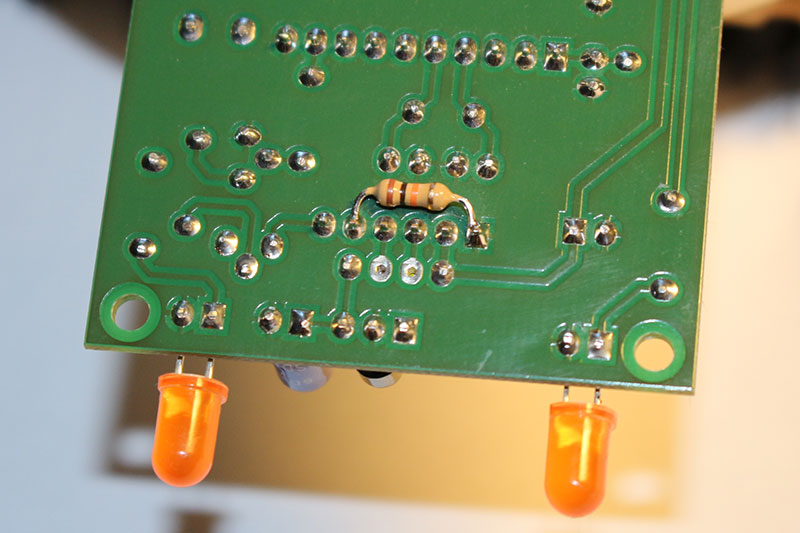 If no Bluetooth module is installed, a problem can occur: Borsti starts in Bluetooth configuration mode, although the button is not pressed during power on. This is indicated by the fact that only the orange LEDs light up and the robot does not react to the remote control.

The solution is a resistor between 4.7K and 10K, which is soldered from ground (pin 1, square solder pad) to PD4/KEY (pin 5) on the connector. This prevents static charging of the port pin and thus false detection of the button not being pressed.